In the beautiful surroundings of Taunton Castle this weekend, a handful of AAM players give a weekend of concerts on the theme of ‘Gods and mortals’, featuring favourite works by their personal musical “Gods”. Here follow the musicians’ insights into these pieces, along with musings on their personal sources of musical inspiration more generally.

“Bach’s works for flute are amongst the most enduring and beautiful of all our repertoire, the first movement of the E minor sonata being a particular favourite of mine. It takes both player and listener on an epic journey with huge, arching shapes which build and soar to the very top of the flute. The architecturally perfect bass line mirrors the flute throughout, sinking deep to support the highest notes, climbing high to greet the lower flute tones. The flute line gradually returns, in downward circles — a leaf fluttering inevitably on the air — coming to rest on a long, dark, final E.

“Only 30 bars in length, yet surely one of Bach’s miracles.”

” Tobias Hume — an unlikely hero. A viol-playing soldier who ended his days  in the Charterhouse, depressed, poor and not a little cracked, making unlikely petitions for commissions to the King. Nevertheless he was a passionate champion of his instrument — the “Gambo Violl” — claiming that it could do everything that the lute could! Quite a claim for the time!

“Many of his works are pervaded by the sounds of the battlefield — trumpets and drums, marching soldiers, “the great ordnance” — we can almost smell the cordite! Others, despite Hume’s protestation that he did not “studie eloquence or professe musicke” are beautiful and many of his songs have found a permanent home in the repertoire. By the time of his death in 1649 English viol music had reached its zenith, and the viol had definitely eclipsed the “other” instrument.”

“I’ve always been more interested in the “How” rather than the “What”  in the world of music and consequently my musical “Gods” (and I have many), are all performers. Leaving aside  all those in the worlds of Jazz and Rock music, and given that I’m playing pieces by two of the 18th century’s great violinists this  weekend I’ll stick to my all-time violinistic hero, Jascha Heifetz.  This might seem a strange choice for someone who spends most of his time playing “period” instruments but Heifetz’s legacy transcends any  notions of style, fashion or historical authenticity. For one thing, he  used a plain, un-covered gut A and D string throughout his career,  something which I feel sure contributed to the amazing complexity and  depth of his sound. Also, on close examination his approach to the  classics is remarkably “authentic” in our modern sense, being one of  very few artists to observe Beethoven’s brisk tempo indications in the  concerto and sonatas, for example; and his wondrously elegant phrasing  in Mozart chimes in perfectly with the mores of the historically informed  performance movement.

“His supernatural command of the violin, the  astonishing range of colour in his playing, and the sheer strength and integrity of his  musical ideas are all qualities which any violinist would do well to emulate, and in that sense I suppose I could call him a musical God. Or, at the very least, a Saint. 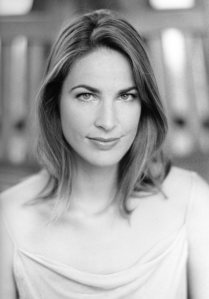 “My personal musical “Gods” are plentiful and broad-ranging, so I can only mention a few of them. I would have to begin with my parents. My father’s extemporization skills on the organ have been long admired. I listen in awe and bewilderment to him and wonder why that gene missed me! Together with this, the way in which my parents conduct their professional lives — with generosity and a great sense of proportion and balance — has been a huge inspiration to me.

“As anyone who knows me will tell you, JS Bach is my absolute favourite composer. The sheer scale of his out put and his truly outstanding and unique gift as a composer is overwhelming. Aside from Bach, I admire Paul Tortelier’s absolute technical mastery of the cello, and the joy and musicality Yo Yo Ma exudes in his performances. I adore the sublime and intricately crafted voice of Anne Sophie Von Otter and the breathtaking top register of Joan Sutherland’s voice. I love the soft earthy ease of Bing Crosby, the raw power of Whitney Houston and the outstanding close harmony and vocal gymnastics of the group Manhatten Transfers.”

Pavlo and Lisa Beznosiuk, Richard Tunnicliffe and Sally Bruce-Payne will give four concerts in the beautiful surroundings of Taunton Castle this weekend. To read more and find out how to book, visit the AAM’s website.